How to get Rich by J Paul Gatty!

Looking for the book.... Click on the link https://amzn.to/2VuJwU6 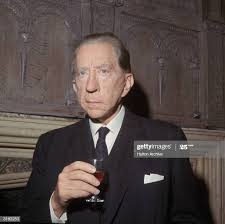 Getty was a man of principles, and in his book he explained the valuable and expert advice about life.  At some time of life, he was gone into depression, and then he struggled to control the estate, and this took 20 years to finish. The significant opportunities in the market are not for everyone so becoming rich depends on the desire, creativity as well as on the energy.


J. Paul Getty was the richest man of the world according to Fortune Magazine. He was a visionary and a man of principles and value.

He was a man of principles. Getty promoted working to make society a better place. He was also in support of cooperating with labor unions and as per him, becoming rich also has some responsibilities. These include a positive attitude and a decent character.

This in turn funded many easy-money and selfish millionaires. From his age’s point, Getty offers new management techniques. He discusses how being wealthy and getting rich are different. We appreciate the ageless value of his knowledge. Plus, his business advice holds even now. Hence, we highly recommend this inspiring business biography.

He wrote books about the secret of getting rich and disclosed secrets of their success. Paul Getty explained some critical blueprints in his book that anyone can follow in his footsteps.

Getty was famous for his wealthy decisions and actions in society, and we felt that the books mentioned responsibilities on individuals for a decent character. The fascinating discussion in the book was a positive attitude, and we appreciate the management techniques discussed in the book.

Ordinary people can also become rich. All they need is enough desire, energy and creativity.
People who cry over lack of business prospects are just making excuses. Their reasons vary from high taxes, unfair competition through to high-cost of labor. But, if you pay your staff more, they can purchase more. Plus, no business ever ended only due to high taxes. Besides, if you face high competition, use it to your advantage. Rather than taking such steps, many people give up before even starting. It’s because fear and defeat prevent them from seeing opportunities.

The Young Millionaire
Getty became a millionaire by age 24 as he wished to retire early, however, his parents tried to convince him to stay productive. This was because many people’s lives depended on their company.
Hence, in 1919, he again entered the oil business. This time he started drilling in South California. He worked with his crew, motivating them. But, due to the in depression in 1929, much like 2020, the firm’s stock fell too much.
In 1930, after his father’s death, Getty started controlling the estate. He also ran the oil company side by side and searched for oil. Getty began buying big oil firms in South California. In 1932, he purchased the Tide Water Associated Oil Company. This was not a friendly merger and hence took 20 years to finish.
Getty was the head of the Mission Corporation in the late 1930s. He bought the Hotel Pierre for $2.3mn. Besides, he also bought a hotel in Mexico. Getty even wanted to enlist for WW2. But, he was too old for that. He learned that his aircraft firm was key to the war effort. Hence, he started to manage the operations. He increased production and stayed at the factory until the war got over. This was the time when he expanded in the Middle East for the oil business. His oil field in Saudi Arabia produced 13mn barrels. By 1954, he had his fleet of oil tankers.
Gettys explained the 10 key rules to reach a financial independence:

Getty give an inside on the different types of People

This mindset focuses on efficiency, profit-motive and cost awareness. In other words, this means having an eye for detail, while saving and making money. Pushing inefficient people into retirement is sensible. Because keeping them in your firm will be more costly.

Don’t Stress About the Wrong Things

Getty said that many executives are stressed.
The reason is not that they worry about the amount of their work. Instead, they emphasize keeping their jobs.
As a boss, he saw stressing about job and overwork as a weakness. Hence, he suggested the use of a positive mindset to handle tough employees.
He led by example as he was always a hands-on manager. His beliefs were not to push employees to become efficient. Instead, to guide them for the same.
He said that mutual respect and trust are the base for productive communication.
It’s because negativity is harmful. When people see that their contributions don’t matter, they disconnect. They may even become aggressive and steal things and for them, such acts are justified as the firm distanced them. But, when people turn negative, management puts more boundaries. This in turn further distances people.

Getty avoids roundabout bargain. He didn’t delegate. Instead, he directly spoke with union leaders. He told directly that their demands were very high. Plus, he showed the company’s reports stating that real state-of-affairs. Getty gave evidence to back his claims.

This unarmed union leaders who finally accepted his original offer. When a company’s profits increased in a year, Getty increased wages.


Getty said that labor unions like honesty and straight answers. Once they have the facts, they make sound decisions. Getty knew the rights of the collective bargain. Plus, he praised how unions increased staffs’ living standards. Hence, he never faced issues with unions.

These did mean that negotiations were around better working conditions and higher wages. But, for Getty these demands were reasonable. He understood that employees are like consumers. Hence, the more income they had, the better it was for the nation’s economy.

In every case, when issues came, managers didn’t run away. Instead, they analyzed the situation and created a plan, and if they wanted more time, they took it, they didn’t panic.

Also, some of these firms’ managers also had to make sacrifices. This was important to remain in the fight. But, in the end, they emerged victoriously.

Getty had a considerable interest in collecting art. Plus, he saw great art as a sound investment. For example, he bought the Ardabil Persian rug. This was one of the two best carpets in the Western world. Getty bought it for $68,000 in 1938. Then, in 1958 Getty gifted it to the LA County Museum of Art. At that time the value of this rug was $1 million.
Getty had five marriages and said that none of his marriage worked. His four sons also joined the oil business. They first worked in the firm’s gas stations changing tires and oils. Getty got around 3,000 letters monthly from strangers. They were mainly requesting money, asking for jobs or marriage proposals. Despite being a billionaire, Getty said that true richness is something different. It comes when people do what they like and follow lasting values. As per him, status seekers were very materialistic. For these people status and financial freedom were the same. But for Getty true wealth was following principles and doing something good for the society.
By Sangita Deori at June 29, 2020 No comments: